Sharing Behind The Scenes of Skinny Fitalicious in this part 2 series! I plan to share more of these going forward so if you haven’t read the first one, go back and read part 1. There’s a lot from that post that carries over into what’s been happening lately. It’s been a whirlwind so let’s get caught up! Here’s some real life talk behind the scenes of my real life behind the blog and the food!

What’s Going On Behind The Scenes of Skinny Fitalicious.

I hemorrhaged badly in June.

I was supposed to start my period on a Friday, but instead I had horrible cramping. I laid on the couch in tears and my poor boyfriend didn’t know what to do. I never have PMS or weird period symptoms with my cycle so I knew this wasn’t normal.

When I was on the pill I had strange symptoms, but when we switched to natural family planning 12 months ago my missing periods and other crazy symptoms disappeared. As a side note, we couldn’t be happier with NFP. It’s very easy and I feel much better not being on hormonal birth control.

So back to June. The cramping started Friday, but no period. I knew I was supposed to start because my thermometer tells me. The horrible cramping continued through Sunday when I finally got my period. At first, it seemed normal but later on Sunday night I began bleeding heavily. Changing every 1-2 hours and it kept going through Monday. On Monday afternoon, it slowed down so I thought it was getting better.

When I woke up Tuesday morning, I walked to the bathroom and there was blood everywhere. My boyfriend was leaving for a trip to Vegas with a friend and contemplated staying, but I assured him I would be fine. He left and I went for a 90 minute walk.

When I got home, my running shorts were soaked in blood. I knew something was really wrong. It wasn’t period blood. It was real blood. I was bleeding from somewhere. I called my OBYGN and made an appointment for the next morning.

When I got to the office I was in bad shape. I lost a lot of blood, was fatigued, shaking, thirsty and couldn’t sit up. They wanted to call an ambulance to get me fluids, but I refused. With my boyfriend being out of town, I didn’t be at the ER alone. At this point, he was already looking at options to come home. His trip was just 2 days, but everything seemed to go downhill in those 2 days.

The doctor gave me meds to stop the bleeding which stopped right away. For the next 3 days, I didn’t work, rested a lot, added salt to my foods and drank electrolytes to feel better.

The OBGYN ran a number of tests, but was never able to determine what caused the hemorrhaging. They speculated it was a fibroid they’ve been watching for 10 years. On the ultrasound, they saw a black mass at the top of my uterus. However, they were unable to see what it was. She said it could’ve been an early mis-carriage, but not likely given my hormone levels weren’t high enough to indicate that.

After discussing options with my OBGYN, we agreed the best way to figure it out was to do a D&C. That way, they can remove the fibroid, do a biopsy and check for abnormalities, which is August 16 (this week!) and I’m hoping it will give me answers because in July….

The earliest they could schedule the D&C was August 16th which meant I had to endure another cycle in July. On day 1 of my cycle, I didn’t get my period. Again, I know when I should start because the app on my thermometer tells me and it’s never been wrong.

Instead of getting my period on day 1, I got vertigo. I woke up to the room was spinning – horrible dizziness and nausea that lasted 7 days. It always happened when I woke up in the morning, but it would also happen at random times like when I was walking or sitting on the couch. I would get these dizzy spells.

I ended up getting my period 4 days late and the vertigo lasted as long as my cycle. Those 7 days were worse than the hemorrhaging. I could barely function. I had to stop working, couldn’t work out, and I ate whatever I could to help with the nausea.

My PCP ran several tests and of course, was unable to determine what was going on. My boyfriend ran vertigo tests on me (he’s a physical therapist). All of them were negative. My PCP said the vertigo had nothing to do with my cycle, but I know better. It DID!

Vertigo is a symptom of something and I know treating vertigo isn’t treating the root cause. I also know the fact that it showed up during my period and ended with my period means there’s a connection. I just hope the surgery answers the mystery of this.

Get excited! Starting August 22nd, I’m doing a 3 part video series – the Dish on Ditching Diets. People are always asking me about how to stay consistent, what’s the perfect diet and sugar cravings, but I have a secret. And, I will be revealing it in the video series! Sign up so I can tell you all about it. The videos will be sent to your inbox. 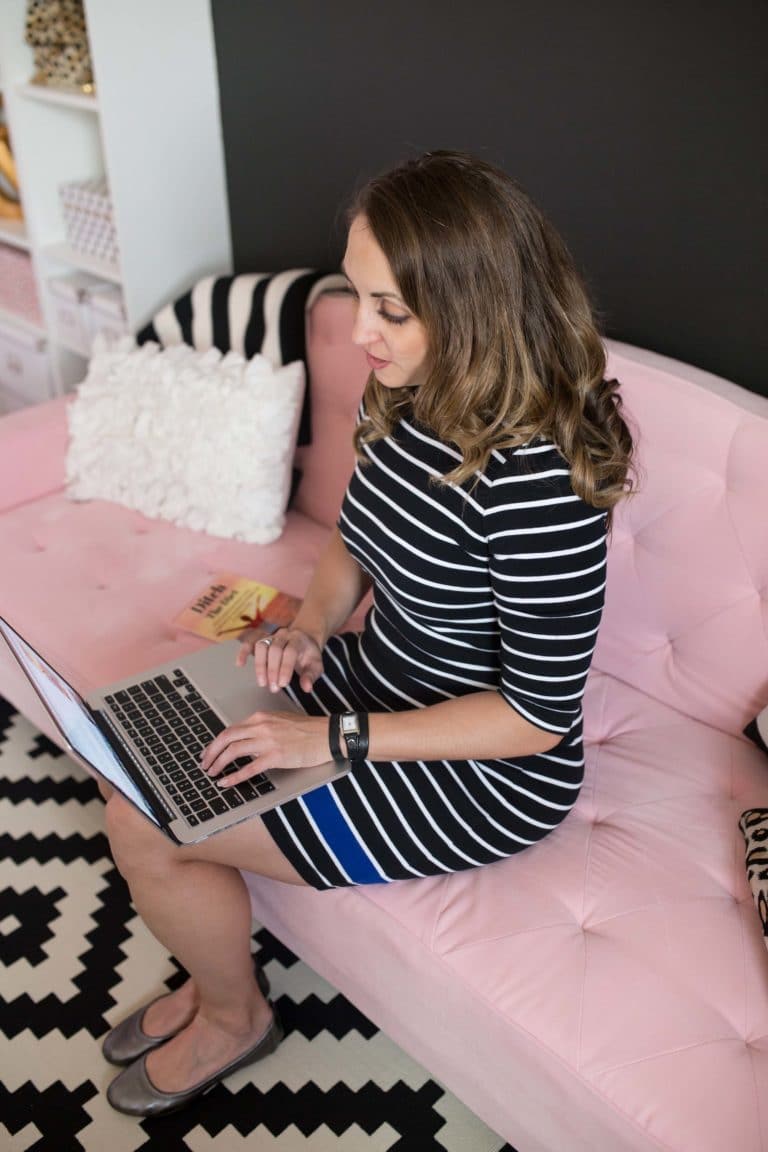 September sugar challenge & a shape up meal plan is coming!

In January, I started a meal planning business with my best friend who’s an RD. We’ve been working closely to get the new Skinny Fitalicious Meal Plans website up and you may have even seen some of the blog posts I’ve shared from WTE in my weekly Sunday Skinny roundups. In September, we are having a sugar shape up meal plan after my last sugar challenge of 2018!

The timing is perfect for reseting cravings after summer and prior to the craziness of the holidays. Get the dish on the meal plan + how you can get free access into the sugar challenge by signing up for the free video series.

That’s everything for now. Stay turned for more behind the scenes of Skinny Fitalicious coming soon!

Megan is a certified nutrition practitioner and author in Phoenix, Arizona. She lost 80 pounds in 2009 and has Hashimoto’s disease. Megan helps women over 35 lose weight. She is the author of the Low Calorie Cookbook. Here you get healthy recipes for weight loss. END_OF_DOCUMENT_TOKEN_TO_BE_REPLACED

Some links on this site are affiliate links for which I am compensated a small commission if the link is clicked and a purchase is made. There is no cost to you. For a full disclosure policy, visit my Policies.